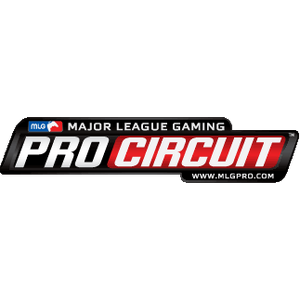 The 2012 MLG Pro Circuit is a series of live events running throughout 2012. This is the second year to include League of Legends.

The 2012 season features a new event setup. The year-long season of previous iterations has been scrapped in favor of four: Winter, Spring, Summer, and Fall. League of Legends was not featured during the Winter Pro Circuit, but was added for the remaining 2012 events.

MLG Providence was the second Major League Gaming event to host a League of Legends tournament. Four teams were once again invited to play; Dignitas, Epik Gamer, RFLX Gaming, and Team SoloMid. Team SoloMid came out victorious after coming back in an extended series against Epik Gamer.