On December 10, 2013, Alliance's League of Legends team was created by picking up the Top and Mid laners of Evil Geniuses, Wickd & Froggen and players Tabzz (former AD of Lemondogs) and Shook (former Jungler of Copenhagen Wolves).[1] The team acquired EG's spot in the EU LCS and so were able to participate in the Season 4 Season 4 Spring Split. Unofficially dubbed the "European Super Team" by fans, and doing very well in scrims by all accounts, expectations for them were high going into the split.

The start of the Season 4 Spring Split was disappointing for the team, as they found themselves consistently in the bottom 3 teams until the 8th week. From here onwards, Alliance dominated the split. The performances of Froggen and Nyph in particular propelled them up to 1st in the penultimate week, but an unsuccessful superweek saw them lose the top spot. Alliance finished in 3rd place behind SK Gaming and Fnatic.

Alliance's performance in their first split resulted in their qualification for the Spring Playoffs. The playoffs saw the team lose to Fnatic in the semifinal, and following this, Alliance lost to ROCCAT in the third-place match.

The Summer Split saw Alliance emulate their form from the end of the Spring Split. They finished in 1st place, staying at the peak of the rankings table for the entire split.

The World Championship saw Alliance placed in Group D along with NaJin White Shield, Cloud9 and KaBuM! e-Sports. Notably, Alliance suffered a shock loss to KaBuM! in their last match of the group stage. A win would've seen them play in tie-breaker matches to progress to the knockout stage, but it was not to be. Alliance beat each team once and lost to each team once, resulting in a 3rd-place finish in the group, meaning they would not go any further in the tournament.

After his contract ran out, Alliance's coach Leviathan decided to leave the team, going on to join Brazilian organization Keyd Stars.[2] Tabzz also left the team, later citing personal reasons for his departure. Soon after, Alliance completed the signing of Rekkles to fill the vacant AD carry role.[3] Alliance were the European team invited to IEM San Jose, and were seeded directly into the semifinals. Despite the addition of Rekkles, they lost their semifinal match-up against Cloud9.

Due to a new policy limiting the ability of GoodGame Agency to brand LCS teams instituted by Riot on November 21, Alliance would have to change their brand for the 2015 season.[4]

On January 8, it was announced that the team had re-branded as Elements.[5] 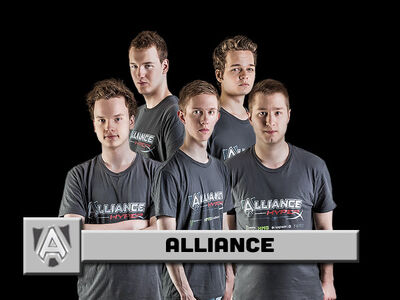 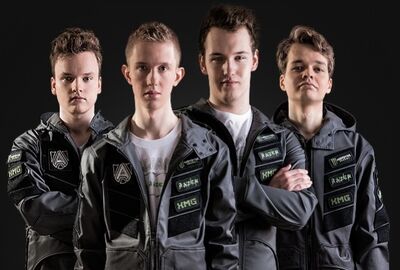