compLexity Gaming is a League of Legends team formed as a result of the pickup of The Brunch Club on February 2, 2013. The original compLexity team was formed on April 29, 2011. They disbanded the team on January 12, 2012. The team has reformed after acquiring the roster of Skyline as compLexity.Red. They are the sister team of compLexity.Black.

On December 6, 2012, compLexity picked up compLexity Academy as part of their Academy project, which offers up-and-coming talent travel costs, gear, experienced managers. If the Academy team is successful, it will be moved up to the official compLexity roster. It has since disbanded.

On April 29, 2011 the original compLexity team was formed. They competed until they disbanded on January 12, 2012, although the organization picked up the team compLexity Academy on December 6 of that year. The main compLexity team reformed a little over a year after their disbandment on February 2, 2013 with the pickup of The Brunch Club. On March 14, Newegg announced an exclusive partnership with compLexity Gaming. On January 9, 2014, compLexity releases their roster. One month later, compLexity reforms after acquiring the roster of Skyline under compLexity.Red.

On November 3 2014, compLexity announced that once again they would be sponsoring two rosters, coL.Black and coL.White.[1] Both rosters were eliminated from the Expansion tournament during the online portion, and on December 9 the organization announced that once again they would have only a single team. Goldenglue, MabreyBABY (formerly Impactful), and Lohpally joined the team from coL.White as starters, while Westrice stayed with the organization as a top lane substitute.[2]

At the time of that announcement, compLexity's roster for the NACL New Year's Kick-off Tournament included i KeNNy u and TheOddOrange as top lane and jungle starters, respectively, while BillyBoss was listed as a substitute for the organization. 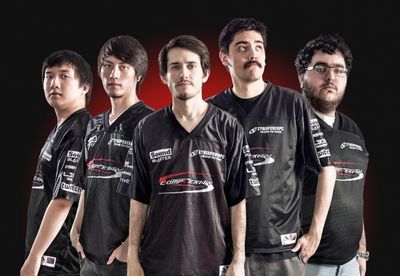