On December 20, 2011, Counter Logic Gaming and Absolute Legends announced a merger between the two organizations, with a roster that included Wickd, Froggen, Snoopeh, Krepo, and yellowpete.[1]

However, on January 30, 2012 the two organizations decided that the partnership would not work, and in the separation the European team decided to stay with Counter Logic Gaming.[2]

The team's first major appearance would be at the Kings of Europe online tournament, which held from January 27 to January 31, 2012. In the group stage, CLG EU would place first and go 3-0, defeating FnaticRC, Sypher, and against All authority. In the semi finals of the playoff, CLG EU would defeat Team Mistral 2-0, advancing to the grand finals, where they would face Moscow Five. Against the Russian team, CLG EU would come out victorious 2-1, taking home first place in the tournament.[3][4][5]

Two months later, on March 31, 2012, Counter Logic Gaming EU would place first in the 4Players.de All or Nothing tournament. In the tournament, CLG EU would defeat FnaticRC, Meet Your Makers, and Absolute Legends. [6]

On April 1, 2012, Counter Logic Gaming EU would place first in the Absolute Pro League: March. Placed into Group B, Counter Logic Gaming would finish off group stage in second, going 2-1 by defeating Millenium, and TCM Gaming, while falling to against All authority. In the playoffs, CLG.EU would take out Mousesports 2-0 in the quarterfinals and Absolute Legends 2-1 in the semifinals to advance into the grand finals. There, CLG EU would defeat aAa 2-1 to take home first place.

A few days later, CLG EU would participate in the RaidCall PLAY Cup 1, where they were able to place first by defeating NoobHeroes, Western Wolves, MeetYourMakers, and FnaticRC.[7]

After placing first in their respective group in the qualifiers, Counter Logic Gaming EU would participate in the Gamers Assembly 2012. CLG EU would defeat Art Chaos and Eclypsia in the first two rounds of the tournament, but would be defeated by Team Sypher in the third round, knocking CLG EU down to the loser's bracket. There, CLG EU would defeat Millenium, MeetYourMakers, and Absolute Legends to advance to the finals. However, CLG EU would once again lose to Sypher in the finals 2-0, finishing the tournament with a second place standing. [8]

On May 14, 2012, CLG EU would place second at the online Solomid EU Tournament Circuit. At the event, Counter Logic Gaming EU would take out Sypher 2-0 in the first round, but would fall to Natus Vincere 1-2 in the second round, dropping to the loser's bracket. There, CLG EU would defeat aAa 2-1, Sypher 2-0, and Team Solomid 2-1 to advance to the finals. At the grand finals against Natus Vincere, CLG EU would take the first set 2-1, but would fall 0-2 in the second and final set of the tournament, taking second place.

On May 16, 2012, Counter Logic Gaming EU would place first at the Corsair Vengeance Cup. At the tournament, CLG EU most notably defeated Teamless, SK Gaming, and against All authority in the playoffs to reach the finals. There, CLG EU would take out Moscow Five 2-0 to take first place. [9]

The next event that CLG EU participated in would be the Esports Heaven Medion Challenge 2012. At the tournament, CLG EU would take out exHCL and Fnatic in the second phase of the double elimination playoffs to advance to the grand finals. There, CLG EU would take out Moscow Five 3-1 to take first place at the event. [14]

Counter Logic Gaming EU traveled to Los Angeles in October of 2012 to compete in the Season 2 World Championship. In the group stage, CLG EU looked dominant while taking games off of Team Dignitas and Saigon Jokers. Although they dropped one match against NaJin Sword, they advanced out of Group B as the second seed and went on to face Team WE in the round of eight. CLG EU's quarterfinal match was marred by technical issues; the series was tied 1-1 after two grinding games, but the third had to be postponed due to power failures and connection problems. In the deciding third game, CLG EU once again pulled out a slow and methodical victory in an extremely close showing. CLG EU maintained their form through the first game of their semifinal against Azubu Frost, but were outmatched in games two and three, losing out 1-2. They finished in 3rd-4th place and took home $ 150,000.

Counter Logic Gaming EU would attend IPL 5 in Las Vegas on the 29th of November. They would start the tournament with a four game winning streak against NA teams, taking out CLG Prime and Team FeaR in the group stages, and sending NA powerhouse TSM in to the losers bracket with a 2-0 sweep. Their winning ways would end once faced with the eventual winners of the tournament, Team WE. The Chinese team denied them their chances to make it to late game, and built large advantages throughout the early and mid game. CLG EU would fall 0-2, dropping them to the losers bracket. There they would face Taipei Assassins. After winning a rather fast game one, the Assassins would comeback and take the 2 remaining games of the set, eliminating CLG EU from the tournament. They would place 5th-6th along with their NA counterpart CLG Prime, and take home $2,500 in winnings. 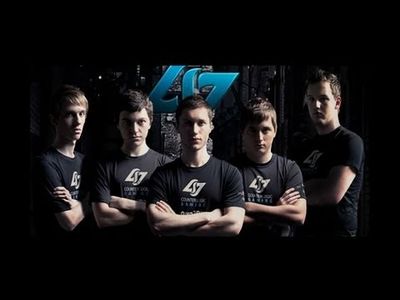