CrossGaming is an eSports organization based in Hong Kong. All the athletes of CrossGaming are amateur. The team was first formed to compete in IEM Guangzhou, and went through a series of lineup changes after the event. [1] 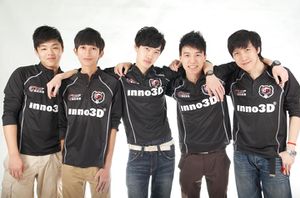