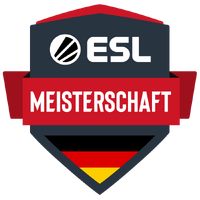 Five weekly cups with 16 teams (8 from the last season, 8 from a qualifier) each are held, which function as the group stage qualification via a point-system. The top eight teams qualify for the group stage - two best-of-one double elimination brackets - and qualify for the next season. The four teams that get out of the group stage compete offline in a best-of-3 single elimination bracket. Since Winter 2015, the winners of the Winter and Spring seasons also get one spot at the EU Challenger Series qualifier.