GamingGear.eu is a Lithuanian organization which acquired a League of Legends team in late 2012.

Forming in November 2012, GG.EU gained headway in the competitive EU East/Nordic servers, playing in leagues such as EMS Spring 2013 Nordic & East and coming in 3rd. They gained more notice by winning the Regional CIS Championship held in Russia in June 2013. This granted them a spot to play in Gamescom 2013 and the International Wildcard Tournament. Playing against the other winners of international areas, they were able to battle and claim 1st place over Brazil's paiN Gaming at the wildcard, becoming one of 14 teams granted to play at the prestigious Season 3 World Championship.

Fighting their tough road to get to the Championship in Los Angeles had GG.eu facing off against the world's best on a big stage. Although becoming a a slight fan favorite with their positive attitudes towards their games, they would not advance to the bracket stage, coming in last in their group going 1-7, taking a game off Team SoloMid and going home in 13th place.

Right after being eliminated from the Championship, the roster of GamingGear would announce they would depart from the organization to search new ventures as a team. 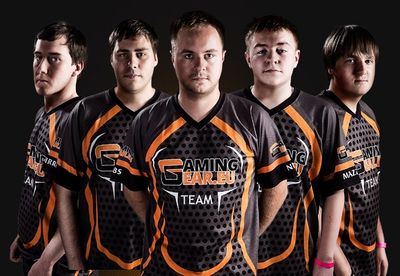