Gamania Bears was a participant in Taiwan eSports League, formed after the draft of TeSL Draft Season.

Since its formation in April, the team has achieved a lot of attention in the competitive scene. On June 16, Gamania Bears placed second in World GameMaster Tournament 2013 after losing against Xenics Storm. Despite being a new team, Gamania Bears was able to claim the glorious spot to represent the Taiwan region in the Season 3 World Championship. The team placed first by defeating Taipei Snipers in the Season 3 Taiwan Regional Finals on August 29. After that, the team participated in the Hong Kong Esports Tournament, placed first with their 2-0 win over Insidious Gaming Exile.

The Bears were automatically placed into the Quarterfinals at the Season 3 World Championship. Their first international match as a team on the big stage in Los Angeles was against the heavy favorited Korean powerhouse, SK Telecom T1. Gama Bears would be unable to take a game from the Koreans, losing 0-2 placing 5th-8th and gaining great experience through it.

On October 15, 2013, Gamania has been officially disbanded due to a new rule from Riot that all players must be 17 and above to participate in any official tournaments. 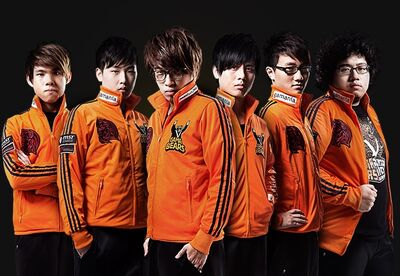