IPL 5 was the fifth tournament in the IGN ProLeague tournament series. Returning IPL 4 champions, Team SoloMid, was the only invited team to this event. Qualifying tournaments were organized on North American, European, and multiple Asian servers for a total of 14 invites. The remaining team, CLG Prime, was determined by a Wildcard Qualifier. The games were cast by Joe Miller, Deman, Phreak, Jatt, Red Baron, HatPerson, Optimus Tom, and Studio.[1] Pluto conducted interviews and game analysis between matches. 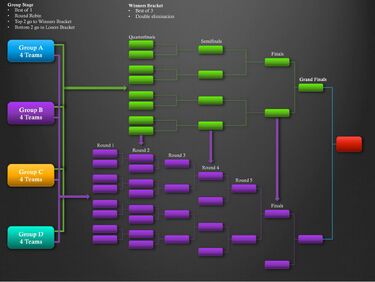 Converted prizes calculated with values provided by http://www.xe.com on December 2, 2012, as follows:

Players who played at least one game are listed here.