They would go into HOT6iX Champions Summer 2013 with high expectations for them, which they would live up to. They would cleanly win their group with a 3-0 showing, advancing to playoffs. Their first match was ironically against the previous SKT T1 lineup, now playing for Jin Air Greenwings Falcons. They would dominate their former brethren 3-0, advancing to the semis. They next faced the Spring champions, MVP Ozone. SKT T1 2 would cause some upsets by winning 3-1, overpowering the former champions in the games they won. The grand finals match would be against two of the most hyped rosters going into summer, with both revamping theirs; SKT T1 2 vs KT Rolster Bullets. It would prove to be a memorable grand finals, going the distance of all five maximum games to decide the winner. The fifth games would go to blind pick and lead to both teams' mids playing
Zed, Faker for SKT T1 and Ryu for KT B. It would include amazing plays but one particular highlight for Faker.[1] The T1 2 team would conquer Bullets, becoming the prestigious Summer champions, winning fans worldwide and keeping a hope alive to possibly win a spot to play at the coveted Season 3 World Championship. The team's own mid player Faker would win the Season MVP prize. The team would next need to win Season 3 Korea Regional Finals in order to go to Worlds in Los Angeles. They would automatically advance to the finals round due to their 1st place finish in OGN Summer. They would go to win a rematch of the OGN Summer finals facing KT Bullets, winning 3-1, gaining a seed to play at the World Championships, along with NaJin Black Sword and Samsung Galaxy Ozone (formerly MVP Ozone). 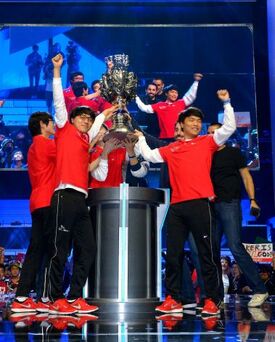 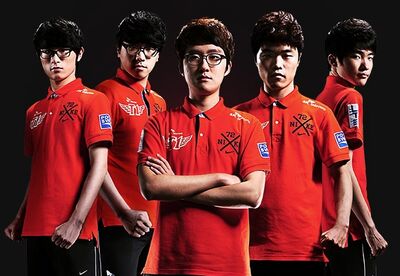