SK Telecom T1 S is a Korean multi-gaming organization founded in 2004. During OLYMPUS Champions Spring 2013, SK Telecom T1 was given the nickname "Terminator" by DoA and MonteCristo to differentiate the team from their sister team SK Telecom T1 K, which they nicknamed "Judgement Day".

The organization picked up the roster of Eat Sleep Game in 2012 to create its first League of Legends team. Since its formation, it has been known as a high caliber Korean team, winning IEM Season VII - Global Challenge Cologne in team's very first week over Europe's best teams, including Fnatic in the finals. The team would next place 4th at the IEM Season VII - World Championship, losing to fellow Korean team, CJ Entus Blaze. Season 3 brought along the opportunity to play in the Korea's best, most competitive league, OLYMPUS Champions Spring 2013 along with their new sister team SK Telecom T1 2. The team went to have not an extremely strong season compared to their sibling team, able to make it out of group stage into playoffs however were quickly eliminated in the first round by CJ Entus Blaze in a 3-0 set. The team went to finish the rest of the season in the other related Korean league, emTek NLB Spring 2013. SK T1 would place 5th in OGN and 4th in NLB. After Spring, the SK Telecom organization announced the release of Reapered, SuNo, StarLast, and Raven.

In October 2013, SK Telecom would announce a new roster for SK Telecom T1. 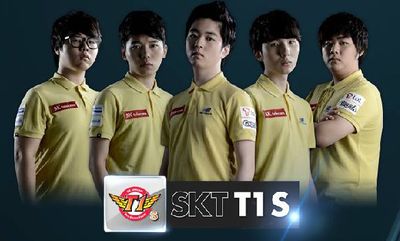