Scryer's Bloom are a type of plant with magical properties, being used for clairvoyance. 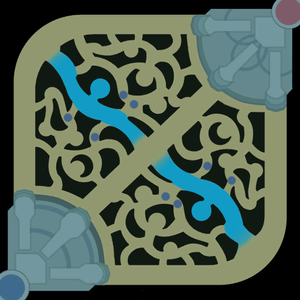 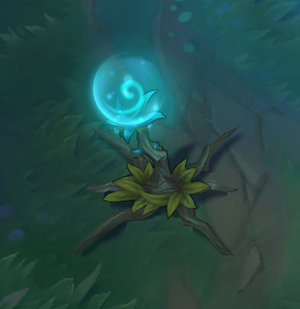 Until now, you’d earn half a ward’s worth of gold when your allies destroyed a ward you’d revealed. This caused situations where players would compete for the last hit on wards, rather than getting rid of them ASAP. We’re changing things up so whoever reveals the ward and whoever kills it both get those precious gold coins without having to compete with one another.

WHO PINGED THAT? : Auto-pings on revealed champions have been toned down to be distinguishable from player-issued pings
WARD PING Revealed wards now trigger a small auto-ping

ANTI-ALLERGY : Updated the indicator textures to be less noisy and misleading 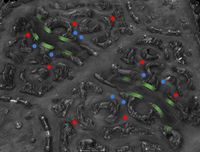 SIGHT BEYOND SIGHT : When destroyed, releases vision-granting pollen in a large cone that flies in the direction the attacker was facing, revealing units and wards for 12 seconds (3 seconds on champions)
AIM THERE : Scryer’s Bloom displays a self-only range indicator to champions on mouse-over, showing which direction the pollen will fly
SPAWN POINTS : Scryer’s Bloom can spawn in two spots per jungle quadrant, close to river ramps
FIRST SPAWN : 3:00 - 3:30, always at each quadrant’s spawn point nearest to the side lanes
NEXT-SPAWN TIME : 5 - 6.5 minutes at either spawn point, starting once a given quadrant’s Scryer’s Bloom is destroyed
NO TWO BLOOMS : Only one Scryer’s Bloom can be present per quadrant
Retrieved from "https://lol.gamepedia.com/index.php?title=Scryer%27s_Bloom&oldid=1367835"
Category: