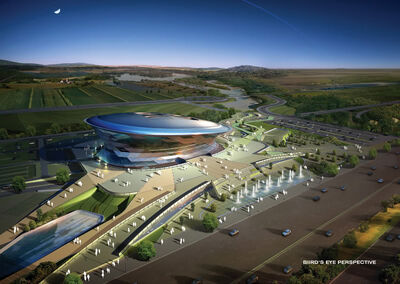 The Season Two Regional Finals - Da Nang will be the qualifier to determine which South East Asian team will advance to the Season 2 World Championship. It will take place at the Tien Son Sports Palace in Da Nang, Vietnam. Five teams from Vietnam, Singapore, Malaysia, Thailand, and the Philippines will compete for a $ 10,000 prize pool. Between matches, there will be performances from special guests, including Đông Nhi, Dưa Leo, Mr. T and Yanbi, Minh Hằng, Noo Phước Thịnh, Bảo Thy, and St.319.[1] The casters for this event were Phreak, Rivington, and Djehuty.

Converted prizes calculated with values provided by http://www.xe.com on September 9, 2012, as follows:

The top team from each country's regional final will qualify for this tournament.

1 MSI Evolution Gaming Team was given the Philippine qualifier position as they acquired four members of the qualified team, Team WILD.[2]