The Journal of Justice/Volume 1, Issue 19

Contagion Warning at the Institute[edit]

Quinton Groat
Reporting From The Institute Of War 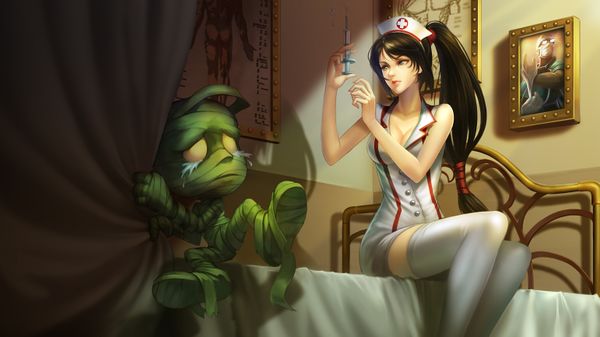 All staff, including champions and summoners, were briefly evacuated from the Institute of War today when trace amounts of a synthetic arcane disease were detected in the Luminary Cloister. Adjudicators were alerted to the danger of a foreign presence when magical seals surrounding the Cloister were tripped during off-hours yesterday afternoon.

“The Luminary Cloister is one of the most hallowed sections of the Institute.”

Kayle explained, “Like most sensitive areas, its perimeter is enchanted with protective seals which ward against uninvited entities. I arrived less than a minute after the initial alarm pulse but when I reached the Cloister, the room was entirely empty…or so it seemed.”

It turned out the seals were disrupted when a virulent magical contagion crossed their threshold. The disease appears to have been specially manufactured to be light enough to bypass most security measures, but the seals this deep in the Institute are forged with secrets of truly ancient sorcery.

In the entire room, there was less of the disease discovered than what you might find in the tip of a quill, but by the time additional support arrived, Kayle was already aware that something was wrong. “I was suddenly extremely energetic. I was flapping my wings furiously. It felt imperative to move.”

Kayle’s anatomy responded differently to the disease than a Runeterran’s would. Instead of attacking her organs on a cellular level, the disease agitated her antibodies into a near frenzy state. They in turn surged throughout her body, hunting the invading strain and processing it into digestible nutrients.

Corfaiel Dithins, Professor of Microconjury, isolated the contagion from samples taken from the room. “This handiwork is flawless. It takes quite a bit of finesse to maintain such artful control of magic on this minute a scale. There are only a handful of mages who could manage something this exquisite, although I can’t imagine any one of them perpetrating such a crime.”

While the League continues its inquiry into the unusual outbreak, mandatory inoculations have been issued to all citizens present or arriving at the Institute. Dithins and his colleagues conjured a vaccine using Kayle’s blood which doctors and volunteers have been using nonstop to immunize all personnel. The reaction for humans coming in contact with the disease won’t be quite the same as it was for Kayle; they should succumb to an unpleasant but bearable illness while their bodies battle off the disease.

The disease warning has been lifted, and League officials are confident the situation has been contained. They predict returning to “the usual routine” by late tomorrow evening.

A slew of fires cropped up along the western coast of Valoran this week, beginning at the small Demacian coastal settlement of Andras and spreading south into the forests of the Great Barrier. While Demacian forces assist in containment of these mysterious fires, the Institute of War has dispatched a group of officials to oversee the proceedings on suspicion of unauthorized use of magic.

Settlers of Andras, a quiet settlement situated on a small bluff overlooking the Conqueror’s Sea, reportedly awoke early yesterday morning to shouts and the scent of smoke. The fire originated at Andras’ Council House at the bluff’s edge and quickly began to spread—luckily, the House was empty in the dead of night and no lives were lost. The source of the fire remains unknown, though the first villager on the scene offered this report: “The flames came up from down the bluff before the Council House caught fire. When I looked over the edge, there was something—or

someone—down there, engulfed in flame! I hardly got a good look at him before he disappeared in a blaze down the shoreline.” This sighting has not been otherwise confirmed.

Settlers who fought back the fire also reported its frightening resistance to efforts to quell it. “The fire spread faster than any natural fire I’ve ever seen,” said one wary councilwoman. “It wanted to consume everything in its path. There’s magic at work here.”

As the Institute of War received reports of similar instances in neighboring coastal settlements over the following days, League representatives responded to detection of a high amount of magical energy in the same region. League Representative Mycroft Zimmer and a small group of summoners arrived in Andras and spread along the other coastal settlements to provide a close monitoring of the situation as it develops.

“The Institute of War has reason to believe that the culprit behind these fires is utilizing unauthorized magic,” Zimmer stated. “While we do not yet know what we are facing, the Institute of War does not tolerate reckless use of power. If this is the work of a rogue mage, the perpetrator will be dealt with appropriately.”

The fires follow a strange and sudden increase in coastal temperatures measured over the past few days. While wildfires and odd weather aren’t entirely unheard of in the region, even along the coast, most instances occur during the dry months and remain isolated to the Great Barrier forests.

Not all of the Institute’s representatives share Zimmer’s conviction, however. “It’s strange, but not unusual,” said Runaan Eversky, a summoner under Zimmer’s watch. “We must be careful, but it could be anything. We’ve had strange magical weather before. This is Runeterra, after all.”

Sunday morning, Bandle City horse owners were alarmed to discover that several of their horses were inexplicably missing horseshoes. Residents became aware of the issue when Bampo Tunker, a local stable owner, reached out to nearby farm owners for information about the suspected theft or prank. Hours later, a joint investigation conducted by Bandle City authorities and the Mothership Equine Society revealed that nearly every horse in the region suddenly lacked its left-front horseshoe. Locals are calling it the “Horseshoe Heist”.

“It’s the darnedest thing,” Tunker commented, “I noticed one of my stock was missing a shoe first thing in the morning. That kind of thing happens all the time so I replaced it without a thought. I rode out with Fripple, one of my hands, for our morning rounds, and Ol’ Breesa got spooked and threw me! First time ever! I looked back to Fripple and his horse was spooked, and he was layin’ in the mud right behind me!”

Experts are puzzled, to say the least. “This is perplexing,” confessed Dalilah Frommin, spokesyordle for the Equine Society. “It would take an awful lot of effort to remove a shoe from so many horses in one night, let alone without anyone noticing. And why? Horseshoes generally they aren’t that valuable. And if you were going to steal them for profit…well, I’d think you’d want to take all four.”

For most horse owners, the oddness of the situation has preempted their frustrations. Tunker chose to take it as motivation. “Well, at first I was pretty riled up, but when I thought about it, enough of the herd was overdue for a new set that this might just have been a much-needed kick in the pants.”

Estimated losses were low, but Mayor Dennison Jadefellow organized an outdoor charity banquet to raise funds for Horseshoe Heist victims. The banquet was a smash success, as hundreds of Bandle City residents, including League champions

Tristana, came out to support local horse owners and discuss the peculiar occasion.

Officials reported that they actually received quite a bit more in donations than was necessary to replace the horseshoes, and they are currently deliberating how to invest the additional funds. They are also considering making the “Horseshoe Banquet” a regular annual event as, in the end, it has been viewed as a great source of amusement.

Jadefellow commented, “Whoever the mastermind behind this evil was, he has a lot new fans in Bandle City.”

The recent addition of the

Blind Monk to the League is inspiring. His level of commitment and dedication to the betterment of the world is something we should all aspire to. I salute him, and look forward to seeing the impact he can have as a champion of the League of Legends. 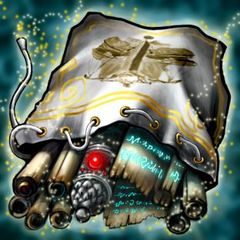 “I pen my question to you in response to a recent letter in the Journal. In your response to "Where can I summon my champions from?" The Journal stated: "...summoning creatures or people from other planets or against their will is expressly forbidden, except in some very special circumstances approved by the League."

“So the League has the right to pull a creature from its world against its will? How can we trust a League that is up for kidnapping, special circumstances or not.” – Summoner Mizuki

Your question is well-received. It is the duty of all citizens to ask questions like these of their governments and leaders in order to keep the powers in check. I think one of the major reasons this is in the forefront of some minds is because of the recent induction of

Nocturne to the League. A confessed (and proud) murderer of summoners, there was quite a bit of controversy surrounding what to do with him when he emerged and was captured in our world.

There was a particularly fierce debate over whether he should be exterminated immediately for his crimes and to prevent further threat, or whether he should be kept alive and examined in order to better understand the dream plane. After great deliberation, it was decided that he should pay for his crimes on the Fields of Justice. The League pledged the wealth which would normally be accorded to him as a champion instead to the families of his victims. He will literally pay. At the same time, he will be neither executed nor made a lab rat. Regardless of which decision you agree with, they did put some consideration into the issue. I have to admit, I agree with their decision.

Jarvan IV from their great two year journey, who are they? What shape are they in now after this adventure?” – lil westy

The two soldiers who returned with Jarvan never uttered a word about the journey. It is unknown how much information has even been disclosed to the Royal Family, as rumor has it that Jarvan himself hasn’t spoken of the trip with even his closest friends. I managed to discover that one of the men was granted “indefinite leave” and currently resides at Demacia’s Fairweather Retreat, a resort well-known for aiding soldiers plagued by the trauma of battle. The other soldier seems to have completely vanished.

Cassiopeia: Since your introduction to the League, you have, in my opinion, been one of the best and most underrated champions available for summoning. I am confused as to why you haven't had any attention since your initiation, and what you have been keeping yourself busy with since?” – Summoner AngryPeanut

As someone who knew Cassiopeia before and after the…incident, I have to say it saddens me deeply (and unsettles me thoroughly) to see her slithering down the corridors of the Institute. Don’t let it be said that I don’t go the extra mile for you, our readers.

“Why haven’t I had attention?! You are more cruel than angry, Peanut. In case you haven’t noticed, I am not exactly the flower I once was. I appreciate your summons, and am pleased to have served you well, but my life will forever more be one of reclusion. If you suddenly woke to find yourself molting, you might understand. As for how I “keep myself busy,” I spend my ample free time looking into the sudden and mysterious disappearance of a loved one, and the promise of vengeance when I discover those responsible."